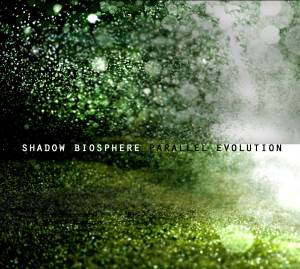 Sonically drawing on dark ambient, bio-acoustic, primeval, abyssal and imagined sound worlds, ‘Parallel Evolution’ evokes the hidden life within and beyond our known realms. Richly textured ambient soundscapes are infused with found sounds and the organic pulses of natural forces, to summon immersive new perspectives on subatomic and multiversal dimensions.

From the powerful opening title track, ‘Parallel Evolution’ is a compelling exploration of unseen biospheres and hidden lifeforms. Inspired by astrobiology, quantum theory, eastern travels, William Blake, Alan Watts, improbability, the interplay of science and art, the multiverse and ‘a world in a grain of sand’, Shadow Biosphere’s atmospheric conceptual soundscapes connect the eerie whirl of planetary forcefields in the solar system’s outer reaches with dark deep terrestrial worlds and the lifeforms that inhabit earth’s uninhabitable places.

‘Parallel Evolution’, the title track, explores the concept of a possible world of non-carbon-based life that is so different to what we think of as ‘life on earth’ that it is imperceptible to us. An invisible simultaneous biology in the midst of our own: the bacterial life that inhabits uninhabitable environments on earth – and beyond – points to this probability. Shadow Biosphere brings together extremophile organisms in sub-arctic ice, sentient mycelium networks, the microverse and interstellar microbial flows in an exploration of imagined shadow life on earth and elsewhere.

Two tracks have been previously released on compilation albums to support worthwhile causes. ‘Bylakupee’ featured on ‘Hands from Shadows’ via Sombre Soniks Studios to raise money for victims of flooding in Serbia in early 2014, while ‘Parallel Evolution’ appeared on ‘No Red Seas II’, supporting the ocean conservation organisation The Black Fish – the second in a series of albums for marine wildlife causes initiated by Shadow Biosphere.

Order CDs (limited edition of 100) or download in high-quality MP3, FLAC and more from shadowbiosphere.bandcamp.com

Shadow Biosphere is emerging from hibernation, and will be performing at Café Central in Brussels, Belgium on March 20th 2019. Entry is free – Facebook event page here. 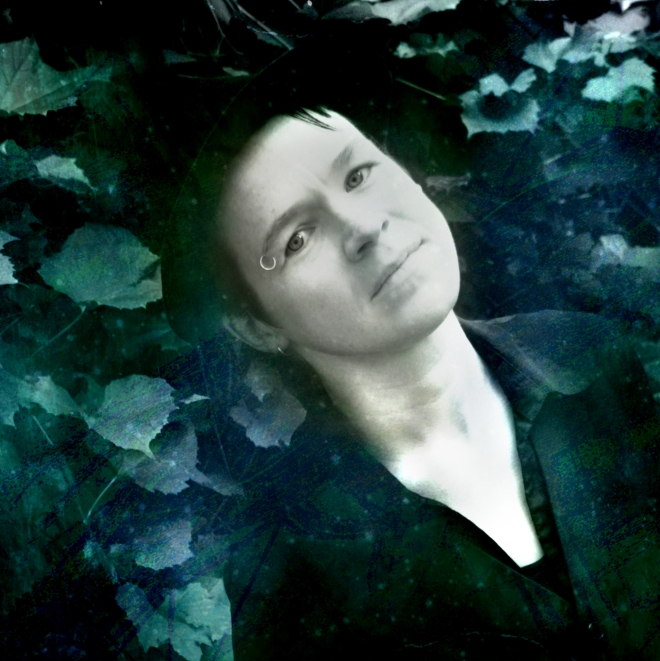 We were on Polish TV in a report on the wonderful 2015 Wrocław Industrial Festival – our music begins the piece, with live footage about one minute in: http://wroclaw.tvp.pl/22726403/industrial-festival-2015

The universe is teeming with planetary music…

Although space is a virtual vacuum, this does not mean there is no sound in space. Sounds still exists in the form of electromagnetic vibrations.

We used the eerie sounds of Jupiter’s magnetsosphere on the track Magnetnospheric and Saturn’s radio emissions on Interstellar Endoliths.

We have some gigs coming up in the UK and Europe 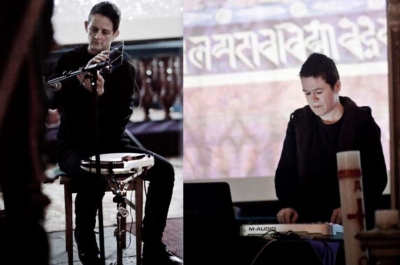 After playing to a near-capacity crowd in a freezing church at the wonderful Darkland Fire Festival in Northern Estonia, we’re now looking for more live dates – in the UK, Europe or beyond. We’re especially open to venues or events with a science/nature/cosmic theme – art galleries, libraries, museums, caves, forests, temples, observatories, the International Space Station etc. Above-zero ambient temperature appreciated. Our tech requirements are few and simple so do get in touch if you know any promoters or venues who might be interested in putting us on, or events our music would fit with.

If you’re in London, or fancy a visit, we’re having a launch event to celebrate the release of Parallel Evolution on the evening of Friday 7th November.

We’re collaborating with the newly-opened Mercer Chance Gallery in Hoxton to host an audio-visual feast, featuring the cosmic landscape art of Michael Chance with the interplanetary soundscapes and visualisations of Shadow Biosphere. We’ve produced a full length video to accompany the album which will be shown for the first time, and artwork and CDs will be available for purchase. Turn up any time from 7pm.

The exhibition will run until November 16th. 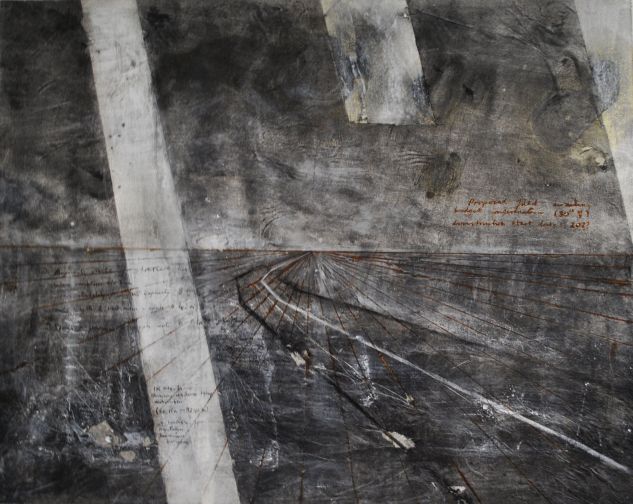 The CD is a limited edition of 100 copies – a few copies remain.

If you’re in the UK or Europe, order CDs from shadowbiosphere.bandcamp.com for just £10 plus postage.

If you’re in the US, order from Nine Gates Records via bandcamp for $9 plus postage.

Alternatively download in a digital format of your choice from bandcamp for a mere £5.

Our debut album Parallel Evolution is now available to stream, download or order in beautiful CD digipack from shadowbiosphere.bandcamp.com

A principle of quantum theory is that everything that can happen, does.

Happily for the shadow biosphere, it appears that there are bacteria that can incorporate arsenic into their DNA, if required. Arsenic doesn’t appear in anyone’s genetic structure, normally. But if it can happen, it will happen.

The fact that living things can replace one essential element with another means that they also probably do, which means that life is possible in far more places than we ever imagined. There could be life on a moon of Saturn that uses silicon instead of carbon, or selenium instead of sulfur. There could be a shadow ecosystem of microbes made of arsenic living unnoticed under our feet. And if so, and life evolved twice independently on Earth, it’s more than twice as likely that life has evolved on other planets, ending the supposed exceptionalism of our lonely space rock and suggesting that that we have interstellar neighbors.

In fact it seems unlikely that there aren’t alternative ecologies on this planet. Almost all life on earth is microbial, and we know about only a minute proportion of them. Isn’t it more likely than not that they exist in ways we can’t imagine? What this shows is that “what we think are fixed constants of life are not.”  Arsenic-based bacteria forces us to think about the possible and atypical not the probable and normal – and suggests the perversely uninhabitable conditions on earth that might have existed when life began. Such as naturally toxic environments like Mono Lake (pictured).

This is a long but very entertaining piece (as is the whole blog) and well worth reading in full.

Continuing the theme of ‘How can we find shadow biosphere lifeforms if we don’t know what to look for?’

Everything we think we know about physics is a theory. And theories are replaced with better theories over time. The theory that all life on earth is carbon-based is a reasonable one, given the visible evidence. Just because we don’t know what non-carbon-based life looks like, it doesn’t mean it’s not there. The comparison with Dark Energy and strange behaviour of subatomic matter is apt – theses are theories derived by inference not observation. The shadow biosphere requires quantum thought.

The possibility of strange forms of alien life seems to have just got a whole lot closer to home.  Astrobiologists from Arizona State University, Florida, UC Boulder, NASA, Harvard and Australia have recently theorized about a “shadow biosphere” – a biosphere within a biosphere where alternative biochemistry may be thriving in a way that we haven’t yet thought to examine. Such “weird life” may have had, for hundreds of millions of years, their own ecologies right here in our own backyard.  Indeed, like Dark Energy and neutrinos, “weird life” may be all around us even now, only in a non-obvious way. Some astrobiologists are now suggesting that “weird life” is just as likely to be found here on Earth as it is in the Martian regolith, the seas of Europa , or certainly the complex bio-hadronistry on the surface of a neutron star.

In an astrobiology related Nature commentary article titled, “Where are the dolphins?” scientists Jack Cohen and Ian Stewart realized (and showed mathematically that it’s already happening here on Earth) that as a civilization advances they begin to use the available electromagnetic spectrum for communication more fully and efficiently until ultimately their radiative emissions are indistinguishable from blackbody radiation.  In other words, when we look out into space with telescopes to search for signs of alien life we will likely mistake it for being just a regular old hot rock. Unless we know how to interpret the signs of such life, we may not be able to distinguish it from the natural background.